United Real Estate and Benchmark Realty merge, aim for $1B in savings

Both firms operate under 100 percent commission, fee-based business models, which, along with a focus on technology, United expects will result in “$1 billion in transactional efficiencies for agents and consumers.”

Dallas-based brokerage and franchisor United Real Estate and Nashville area-based brokerage Benchmark Realty are merging with the aim of saving $1 billion for agents and consumers by 2025, United announced Wednesday.

Benchmark Realty LLC, founded in 2006, operates seven offices in the Greater Nashville area with 1,300 agents and will bring in total annual sales worth $3.2 billion this year, making Benchmark the top brokerage in terms of market share in the Greater Nashville and Middle Tennessee areas, according to the release. In 2019, Benchmark ranked as the 61st largest brokerage in the country in terms of transaction sides and the 83rd largest in terms of sales volume, according to Real Trends.

The merger with Benchmark will expand United’s presence in the Greater Nashville region. Both firms operate under 100 percent commission, fee-based business models, which, along with a focus on technology, United expects will result in “$1 billion in transactional efficiencies for agents and consumers when compared to other brokerage firms over the next four years.” 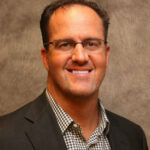 “We have spent the better part of ten years positioning United Real Estate for this kind of growth,” said Dan Duffy, URE’s CEO, in a statement.

“While Benchmark’s size and market share were appealing, we were also attracted to the alignment of our cultures and how Benchmark demonstrates their commitment to extraordinary agent and client outcomes.” 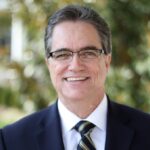 In a statement, Phillip Cantrell, Benchmark’s CEO, said, “As a part of United, we will offer more marketing/productivity tools, education for our affiliates and more client services in the months ahead.”

“[The platform] is the realization of a decade of investment and is a tremendous competitive advantage, especially when compared to companies who have only recently begun their technology development journey,” said Rick Haase, URE’s president and COO of United Real Estate Group, in a statement. 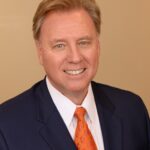 “It creates both cost savings and opportunity for higher revenue, and we transfer these economic benefits to our brokers, agents and clients.”

Inman has asked United Real Estate for comment when the merger closed, what will happen to the Benchmark brand and what it means by “transactional efficiencies.” We will update this story if and when we hear back.

London renters to leave the city