La Haus, a startup aiming to transform home sales in Mexico and Colombia, raised $35 million as part of a Series B funding round, it was announced Thursday.

Former Zillow and Trulia executives are doubling down on La Haus, a real estate marketplace and transaction startup aiming to transform the real estate industry in Latin America by offering an end-to-end experience all in one platform. 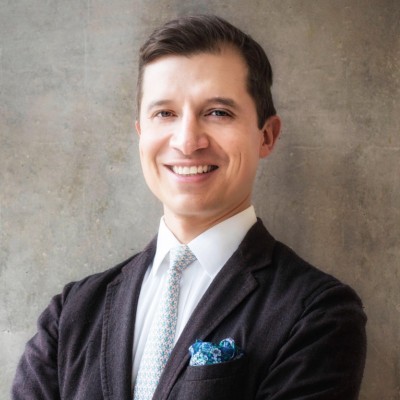 The company has raised $35 million as part of its Series B round to expand service offerings currently available in Mexico and Colombia, it was announced Thursday. The round was led by Greenspring Associates but includes exiting investors Spencer Rascoff, the co-founder of Pacaso, dot.LA, Zillow and Hotwire, and angel investor, and NFX, which is led by Pete Flint, the founder of Trulia.

“We couldn’t possibly have imagined a year ago what life would be like right now, but we are grateful that the company we built pre-COVID was in a position to help so many Latin Americans find and buy their perfect home during the pandemic,” Rodrigo Sánchez-Ríos, the president and co-founder of La Haus, said in a statement.

“For most people, homeownership is key for the creation of wealth and stability,” Sánchez-Ríos added. “Before now, it’s been out of reach for many Mexicans and Colombians. We’re excited to use this funding to bring this opportunity to many more people across Latin America.”

Since the company launched the platform earlier this year — and expanded its presence in Mexico fresh off the heels of its $10 million Series A — it’s facilitated nearly 4,000 transactions.

With the company’s business model offering sellers and developers the prospective clients the chance to buy homes on line, La Hause was able to snatch more market share due to the COVID-19 pandemic, reporting double-digit month-over-month revenue growth during the pandemic.

In Mexico, the company said it has quintupled its business in 2020, and facilitated more transactions than any real estate brokerage in the country.

The company also spent the past year bolstering its management team, bringing in seasoned Latin American real estate veterans, including Thomas Floracks as chief product officer. Floracks co-founded VivaReal, a real estate portal in Brazil that was acquired for $650 million after it merged with another company.

The Series B round was led by Greenspring Associates, with participation from NFX, Rascoff, Acrew Capital, Kaszek Ventures, IMOO Ventures and Hometeam Ventures.

“We see incredible opportunity in proptech companies growing in Latin America, a region with more than 600 million people, and relatively low but ever-growing homeownership rates,” Seyonne Kang, partner at Greenspring Associates, said in a statement. “They face less competition from legacy companies and serve a huge and growing population that is just starting to embrace online transactions.”

“La Haus stood out as a leader in this space due to their vision and track record, having already scaled their young company across two countries.”

Home Point Capital to raise $500M, give half to its owners

Are You A Leader? Here's How To Bring Out The Best In Your People